Georgia has a lot to offer history buffs. There are a number of National Historic Sites as well as State Historic Sites scattered throughout Georgia. These sites pertain to colonial and civil war history as well as two American Presidents.

Since Georgia has been the home to many of the greatest civil rights leaders and produced many great African Americans musicians, politicians, and athletes, the state has a number of sites that will be of interest to those wanting to learn about African American heritage.

Please click on one of the following links for more information about these historic tourism sites in the state of Georgia:

The National Park Service of the U.S. Department of the Interior operates twelve historic sites, parks, monuments, and trails within the state of Georgia. A brief description and a link to each is provided below:

Cumberland Island is a beautiful island at the southernmost end of Georgia’s coast in which nature has been preserved. A limited number of people are allowed access, but this makes the visit even more special. Hiking, swimming, camping, bird watching, and photography are among several of the activities to be enjoyed. The beaches are undeveloped and wild horses roam the island.

The town of Frederica was founded in 1736 by General James Oglethorpe to provide a defensive outpost for the Georgia colony. Troops from Fort Frederica defeated Spanish troops in 1742 during The Battle of Bloody Marsh, confirming England’s claim to the colony.

Fort Pulaski National Monument is in the Savannah area on Cockspur Island. In April 1862 the Battle for Fort Pulaski marked the first real use of rifled cannon. Fired from over a mile away, they completely destroyed the fort, which surrendered.

This marked a point in military history when it was widely acknowledged that masonry fortifications would no longer be of use. Cockspur Island has 5,000 acres of saltwater marshes and natural habitat can be explored on the walking trails.

Kennesaw Mountain National Battlefield Park is located in Kennesaw, Georgia just northwest of Atlanta. In June of 1864 over 5,000 soldiers were killed in a two-week period in some of the heaviest fightings of the Atlanta campaign in which out of a total of 163,000 soldiers, 67,000 were killed, wounded, or captured. The National Battlefield contains three actual battlefields, and there are over 17 miles of walking trails.

Trail of Tears National Historic Trail
Trail of Tears National Historic Trail is memorializes the trail that 16,000 Cherokee Indians took from North Carolina, Alabama, Tennessee and Georgia westward to Oklahoma after being forcibly removed from their homes. Hundreds died on the trail and thousands more after they got to Oklahoma. The Trail commemorates their survival as well as their journey.

Georgia Tourist Guide endeavors to become a trusted and favored resource for planning leisure travel within the state, and we welcome any inquiries or suggestions you may have to help us better serve you. 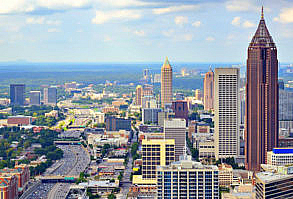 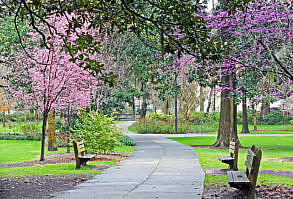 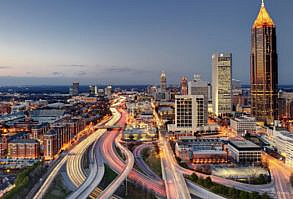